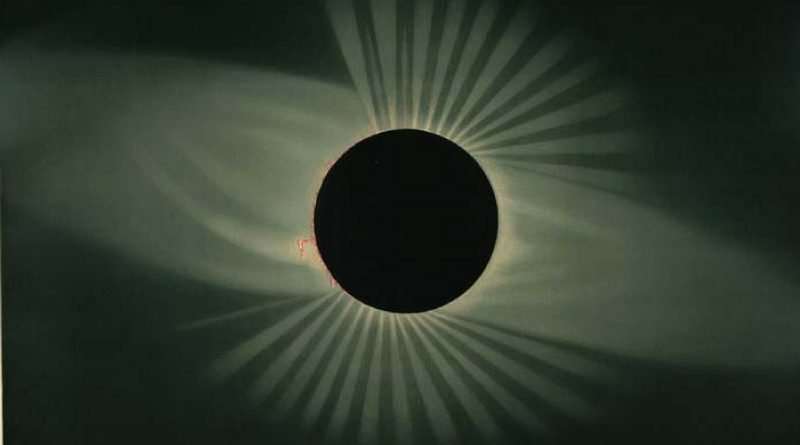 The upcoming Total Solar Eclipse in the USA may be the first in many of our lifetimes, but it’s far from the first. In fact, there have been several Total Solar Eclipses in North America in the past few hundred years – and one particularly important one for astronomers.

As Frank Close reports in his book Eclipse — Journeys to the Dark Side of the Moon, Edmond Halley and many other astronomers had thought that the glare around the Moon visible during a Total Solar Eclipse was, in fact, merely the lunar atmosphere. It wasn’t until evidence from observations, including through telescopes, showed that the glare changed shape dramatically from one eclipse to the other that the existence of the Solar Corona was theorised.

Coming eight years after an eclipse in 1871 where the glare was perfectly round, Trouvelot’s painting of an elongated Totality, complete with streamers, alerted astronomers to the presence of an ever-changing Solar Corona.

Creston is this year out of luck, but only just; it gets a 99% Partial Eclipse on August 21, 2017. To get a glimpse of Totality like Trouvelot’s, drive north for about 150 miles to Riverton, Wyoming.