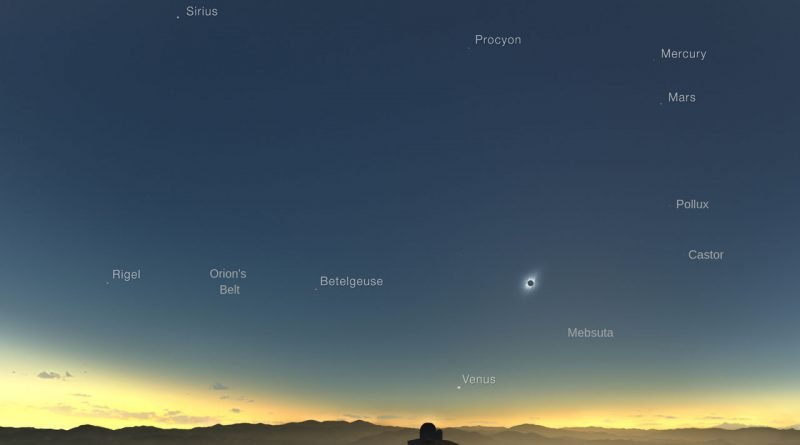 On July 2, 2019, there will be a total solar eclipse in South America and the South Pacific. Almost all observers will be in either Chile or Argentina, so it’s for here that we present a stargazer’s guide to the 2019 total solar eclipse.

During totality, you are going to be stargazing before sunset, though not by much. Totality occurs only about an hour before the sun sets, so as a spectacle it is going to be pretty low in the north-western sky. From the Chilean coast, totality will be 13° above the north-western horizon. From the Chilean Argentinian border, totality will be about 9° up.

Will there be a super-dark eclipse? If you’re close to the Chilean coast, it will be darker than in 2017, but not pitch black. However, the further east you go, the darker it will get because the shadow of the Moon becomes elongated. In central Argentina, it will be massively elongated, because it’s near the end of the path of totality, close to the sunset point.

What constellation is the eclipse occurring in?

Gemini, ‘the twins’.  But hang on! Surely Cancer is the zodiacal star sign between June 21 and July 22? Yeah, well, that’s astrologers for you … they’re happy to tell read meaning into line-of-sight sight coincidences, but they’ve not updated their charts for 3,000 years.

What is the nearest star to the eclipse?

During totality, the closest star – just to the bottom-right – will be Mebsuta, the fifth brightest star in Gemini. It may appear in your binoculars. Situated on Castor’s leg, Mebsuta is a short-lived supergiant star about 900 million light years from the solar system.

What’s the closest planet to the eclipse?

Perhaps the most obvious site during totality, aside from the sun and moon themselves, will be the planet Venus, which will be visible below and to the left of the eclipse. Venus will be close to the horizon, so may be difficult to see, but will be 98% illuminated, so should be visible.

Totality’s river of stars and planets

Look to the right-hand side of the eclipse and you will see Gemini’s two bright stars, Castor (level with the eclipsed sun) and, above it, Pollux. Further above will be Mars and Mercury, the latter rarely seen by most stargazers. This could be a great chance to spot it for a few seconds (before you go back to sun-gazing)!

What other stars will be visible?

High above Rigel and perhaps on the cusp of visibility will be the might Sirius, the brightest star in the night sky and the closest visible to the solar system at just 8.6 light years distant. 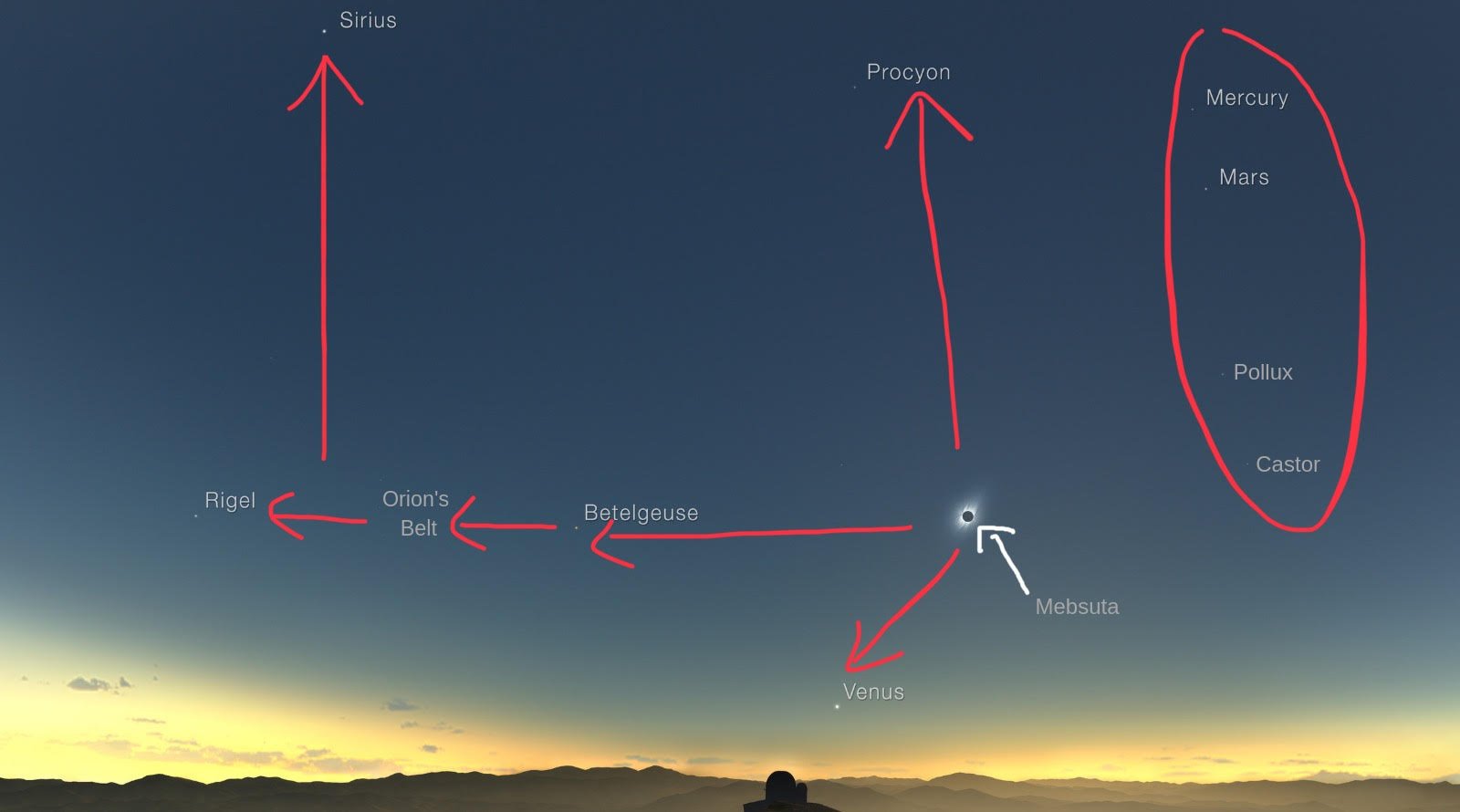 The image shows a clear-weather simulation from the European Southern Observatory’s La Silla Observatory in Chile. The full-size original image is available on the ESO website here. 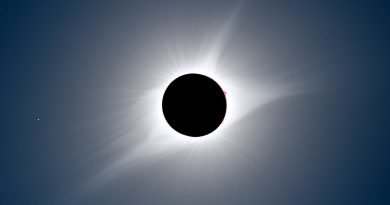