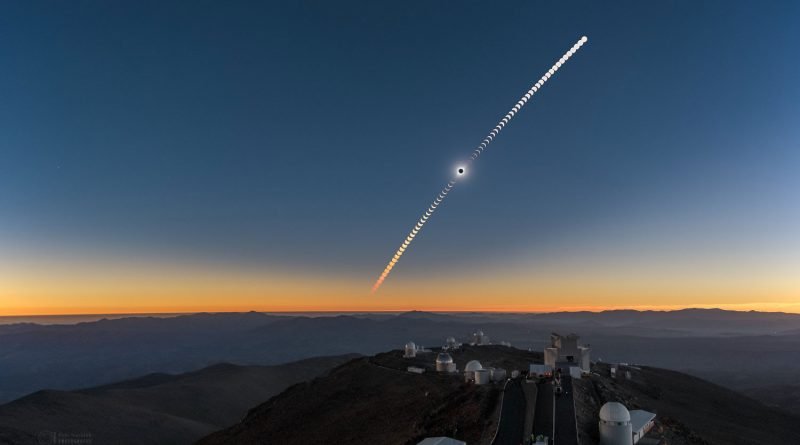 Each day a different image or photograph of our fascinating universe is featured on NASA’s ‘Astronomy Picture of the Day’, but for three days in July the total solar eclipse dominated. 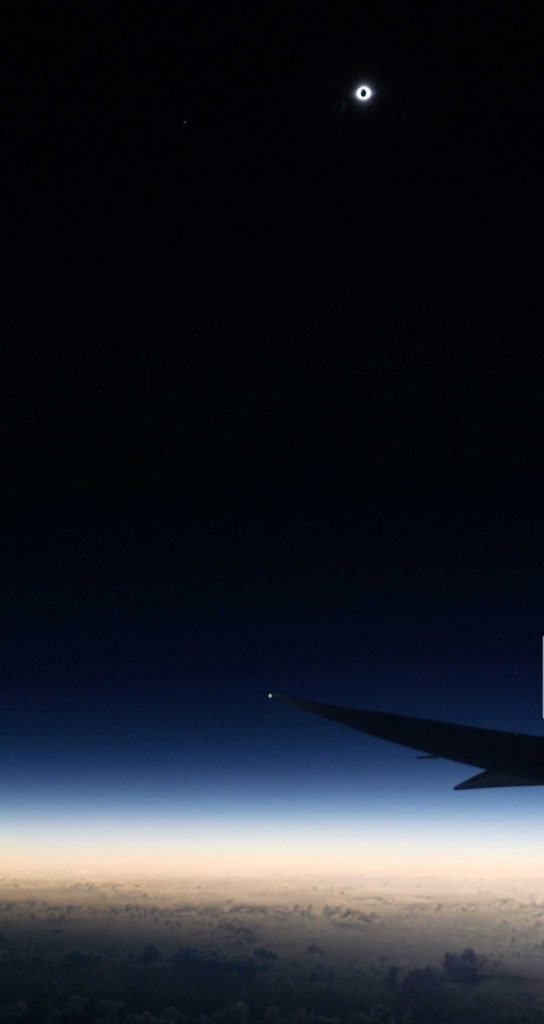 Explanation: The total phase of the July 2nd solar eclipse lasted about 4 minutes and 30 seconds at the point of maximum eclipse. On the surface of planet Earth, that was about 600 nautical miles north of Easter Island in the Southern Pacific Ocean. But from 37,000 feet above, on a charter flight intercepting the Moon’s shadow, the Moon could be seen to completely block the Sun for about 8 minutes and 30 seconds. With a tailwind at the mid-eclipse intercept point, the plane was traveling around 488 nautical miles per hour chasing along the Moon’s shadow track. From above the clouds, this wide-field image of the totally eclipsed Sun and shimmering solar corona over the wing records the spectacular view from a window seat on the sunward side of the aircraft. 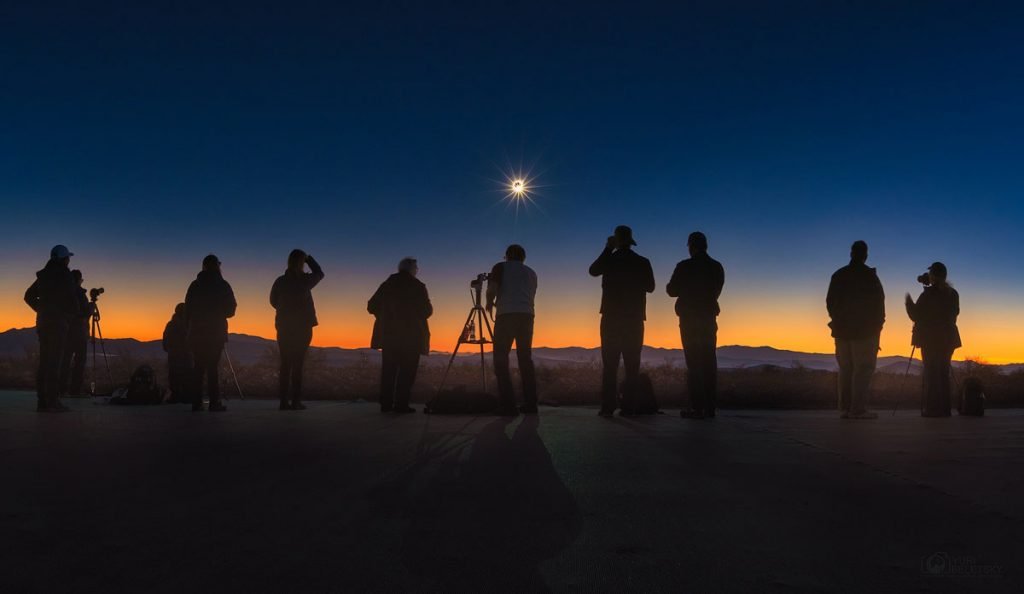 Explanation: On July 2 denizens of planet Earth could stand in the Moon’s dark umbral shadow during South America’s 2019 total solar eclipse. It first touched down in the Southern Pacific Ocean, east of New Zealand. Racing toward the east along a narrow track, the shadow of the Moon made landfall along the Chilean coast with the Sun low on the western horizon. Captured in the foreground here are long shadows still cast by direct sunlight though, in the final moments before totality began. While diffraction spikes are from the camera lens aperture, the almost totally eclipsed Sun briefly shone like a beautiful diamond ring in the clear, darkened sky. 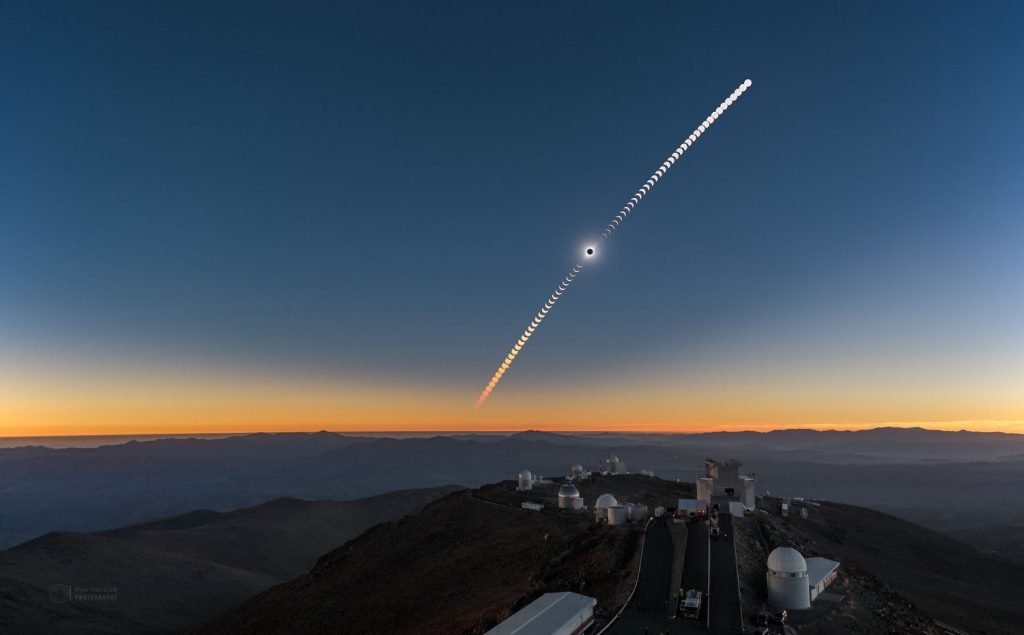 Explanation: The road to the high mountaintop La Silla Observatory in the Chilean Atacama Desert also led in to the path of July 2nd’s total solar eclipse. Recorded at regular intervals before and after the total eclipse phase, the frames in this composite sequence include the moment the Moon’s dark shadow fell across some of planet Earth’s advanced large telescopes. The dreamlike view looks west toward the setting Sun and the approaching Moon shadow. In fact La Silla was a little north of the shadow track’s center line, so the region’s stunning, clear skies are slightly brighter to the north (right) in the scene. 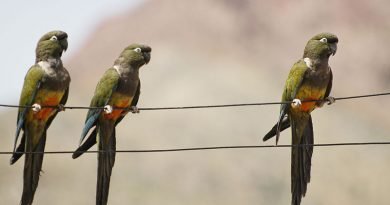 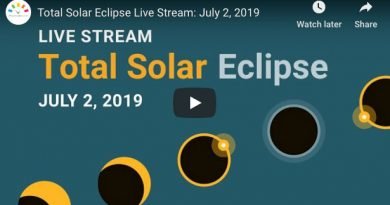