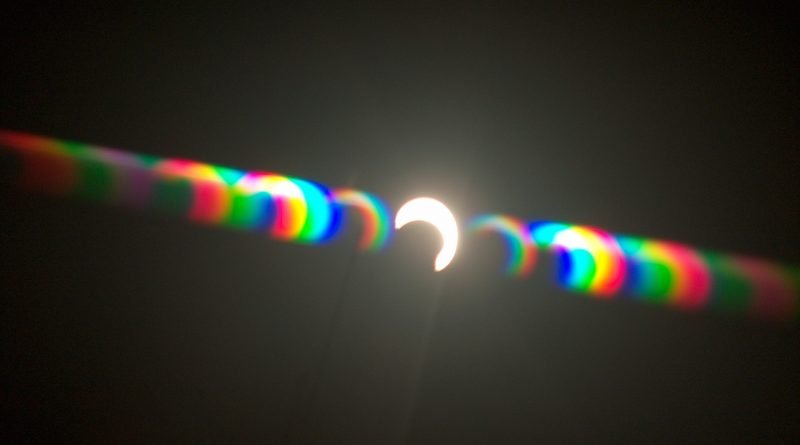 On Monday, July 02, 2019, the Moon’s shadow will take 90 minutes to race across the South Pacific, Chile and Argentina, giving a glimpse to anyone standing on or near the Path of Totality.

From beginning to end, the Total Solar Eclipse will take about two-and-a-half hours.

Most of the event is a Partial Eclipse, when the Moon kisses the side of the Sun before slowly moving across it. When the Moon covers the Sun completely, this is what astronomers call Totality. It’s these few minutes of totality that are so precious, and what millions of people will be travelling from all over the world to witness.

After Totality is over, the whole thing goes into reverse, as the Moon slowly moves away from the Sun. So spectators will get to see another Partial Eclipse before the whole thing is a wrap.

You want more detail about how a Total Solar Eclipse unfolds? Here goes:

A Total Solar Eclipse begins with a long Partial Eclipse phase lasting around one hour. The edge of the Moon touches the Sun, and takes a bite that gets bigger and bigger. Everyone will need solar eclipse safety glasses to see this phase. When the Moon covers around 90% of the Sun, the light will begin to fade dramatically to create an eerie, silvery atmosphere. Shadows become sharper. Tiny crescent Suns lay on the floor, filtered by the leaves, and it begins to get cold. Time appears to slow down – and a lot starts to happen that you need to be aware of. You only get a fleeting chance to see some extraordinary sights.

Baily’s Beads
Just seconds before the Sun gets almost completely covered by the Moon, beads of the only remaining visible sunlight pour through the valleys of the Moon. Wow!

Shadow bands
Now this one is admittedly rare, but if you’re on a flat surface – such as sand (or snow) – dark shadow bands can sometimes be seen rippling across the surface. It’s odd, it’s weird, and it’s not much understood, but shadow bands may have something to do with crescent sunlight being refracted through the Earth’s atmosphere.

The very last rays of Sun create a brief Diamond Ring around the Moon that signals the start of Second Contact – and Totality! Now it’s time to remove your solar eclipse safety glasses. As the Sun, Moon and Earth line-up, it’s an eery light falls on those standing under the growing Moon shadow. Light levels start to dwindle until the strangest silvery twilight overtakes everything but the horizon, which remains brightly lit.

The exact moment the Sun is 100% blocked, the Solar Corona is visible. It appears suddenly, as if someone’s just pushed a button. There’s a hole in the sky, and it makes you realise that down here on Earth we get such a distorted view of our Solar System. It turns out that the Sun isn’t yellow, it’s bright white. Who knew?

The Solar Corona
The corona appears as wispy fingers of white light swaying in space. Some have likened it to a white flower. If you have binoculars, look around the edges for bright red solar flares on the surface of the Sun. You can look for planets (try for Venus, lower right of the Sun and Moon), and for stars (Regulus in Leo might be visible just to the upper left). Look around you briefly, even behind you; see how the colours differ across the sky.

As the Moon moves away from the Sun, the entire spectacle goes into reverse. Bailey’s Beads appear on the opposite side until there’s a flash – the Sun is back! The famed Diamond Ring flashes for a split-second; Third Contact is achieved. Totality is over and the solar safety glasses must go back on – and quickly. At this point, most people around you will leave, but you do still have a nice, and relatively rare, Partial Eclipse to look at until …

The Moon appears to kiss the edge of the Sun as it departs on its 28-day orbit of Earth. The spectacle is over … until the next eclipse!

A word about the weather
If it’s cloudy where you are, Baily’s Beads and shadow bands won’t be visible – but it will get REALLY dark. Those under clear skies have more to look at, but it doesn’t get truly dark. But, either way, there really is no better sight in nature than a Total Eclipse of the Sun.

How to take a photo of the eclipse with a smartphone 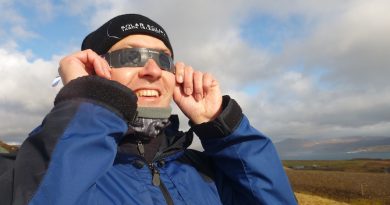 So you think you’ve seen a Total Solar Eclipse?