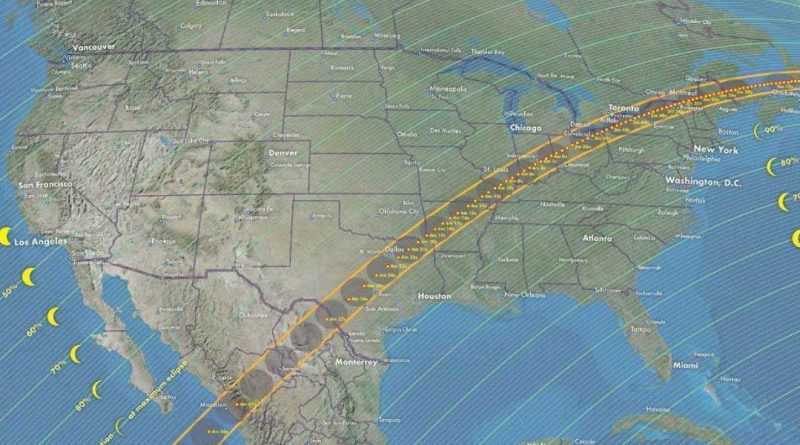 As I write this it’s exactly two years to the next total solar eclipse in North America. We’ve been here before. In fact, this website was created to celebrate and spread the word about the “Great American Eclipse” in 2017. That one crossed a lot of very empty U.S. states as it crossed from sea to shining sea from Oregon to South Carolina.

Exactly six years, 7 months and 18 days later an extraordinary slice of luck will see America again witness a stunning total solar eclipse. Yet what will happen on April 8, 2024, will be significantly different. How?

The 2024 eclipse will cross three countries

Welcome to the “Great North American Eclipse!” The path of totality will cross Mexico, the U.S., and Canada as the Moon’s central shadow takes 139 minutes to move across the continent:

At its peak in Mexico and Texas totality will last for 4 minutes 28 seconds, but it will last over 4 minutes all the way up to Indianapolis. Not since the Asian eclipse of 2009 the longest of the 21st century—has a total solar eclipse over four minutes in duration been visible to a major population.

About 12 million people witnessed totality in 2017. This time it will be at least 32 million, a figure arrived at by calculating the population under the path of totality. However, this time the path of totality is very close to major urban centers including New York, Boston, Philadelphia, Washington D.C., Chicago, and St. Louis, all of which are within a two or three-hour drive of the path. It’s going to be busy … it’s possible that 40 or 50 million Americans will go experience totality.

The 2024 eclipse crosses a lot of cities

The path of totality in 2024 will cross major cities and plenty of towns, far more so than in 2017, as its crosses Texas and the “Rust Belt” of the U.S. It’s San Antonio and Austin, Texas that are predicted to be the major bases because of the greater chance of clear weather, though ironically both of those cities are intersected by the edge of the path. Cities that are guaranteed totality everywhere within the city limits include:

Cities that will just miss out on totality include Detroit, Columbus, Cincinnati, and Toronto.

Depending on where you stand it will be possible to get 4 minutes 28 seconds of totality because the path of totality—the Moon’s central shadow—is much wider than in 2017. Since the Moon is a little closer to Earth during the event the path is up to 120 miles wide rather than the 80 miles or so in 2017. Cue a longer, darker eclipse because you’ll be deeper into the shadow. 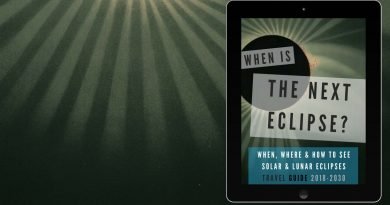 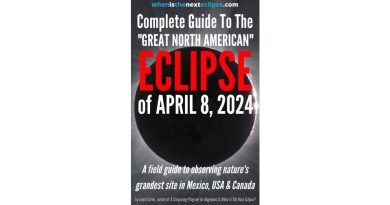 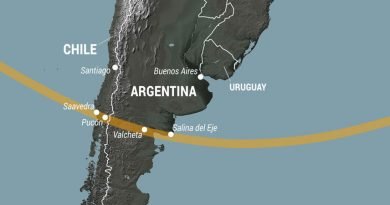 When is the next eclipse? Get ready for totality in Australia and North America!