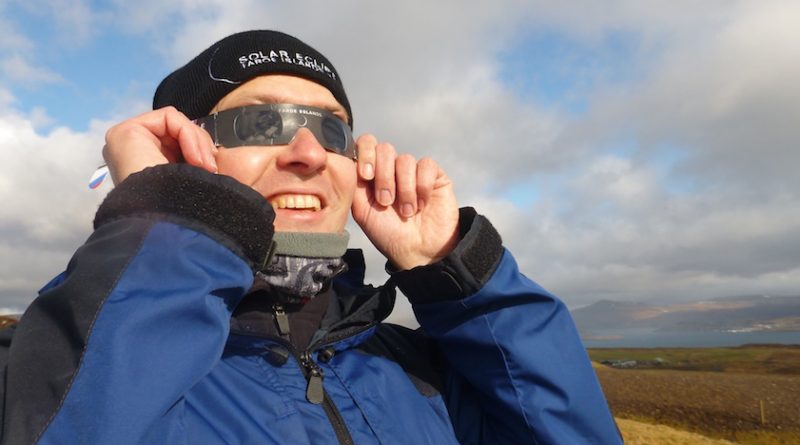 Everyone says to me that they think they might have seen a Total Solar Eclipse. Almost everyone is wrong.

Lots of people think they have see a Total Solar Eclipse, but if you can’t remember the details, you almost certainly did not.

Total Solar Eclipses that are easy to view are rare, only visible along a mile-wide line across the Earth’s surface and, if it has happened where you live, you’ve been incredibly lucky. Mostly they happen at sea.

A Total Solar Eclipse is an unforgettable, magical event to witness, and something that will stay with your for the rest of your life.

You would remember it.

What you probably have seen is a Partial eclipse, which is when the Moon drifts across a portion of the Sun. It’s relatively common, and it’s likely that it’s happened a couple of times where you live during your lifetime.
The last Total Solar Eclipse in the USA was on February 26, 1979, when the Moon-shadow swept across a narrow track of the US States of Washington, Oregon, Montana and North Dakota. Everyone else in the US saw a Partial eclipse.

This year it’s the turn of the USA. The Total Solar Eclipse of August 21, 2017 will be the first visible from mainland United States for 38 years. You can see this one on Monday, August 21, 2017 from 13 US States if you get to the Line of Totality. There are hundreds of locations to choose from, including some US National Parks and US National Monuments, and although there’s not much accommodation left, there are still hotel rooms left and road-trips to plan.

To say you think you’ve seen a Total Solar Eclipse is like saying you’re unsure whether you witnessed a volcano explode, or experienced an earthquake. Or that you can’t quite remember whether you’ve seen a tiger in wild, or went to a Super Bowl.

All eclipses take about two to three hours to unfold. During a Partial eclipse, the Moon will slide up to, and take a chunk from, the Sun, then slink away on its orbit around Earth. The light might fade if the Sun gets anything more than about 90% eclipsed at the peak of the event, but nothing hugely dramatic happens. You also have to watch the entire event through eclipse safety glasses. It’s kinda geeky.

A Total Solar Eclipse timetable is exactly the same in every way except for the middle few minutes. While the Moon never covers the Sun during a Partial eclipse — hence the name — during a Total Solar Eclipse, the Moon momentarily completely fits across the Sun. It makes a huge, huge difference to what you see. Why? Totality.
For a few minutes all of the Sun is blocked out and there’s a ‘hole in the sky’. For this short period you get a unique opportunity to see these four amazing things:

1 — The Solar Corona: the position of the Moon allows you to see the Sun for what it is; not a yellow light that’s too strong to look at, but a crisp, white star floating in space, with energy billowing out from its surface.
During Totality, the Sun looks like a surreal white flower floating in space. It’s astounding, and it lasts only a few minutes before normality returns. It’s brief, but it’s worth crossing oceans for.

2 — Baily’s Beads: red and pink beads of sunlight peek through the valleys of the Moon just before after after Totality. They look like bubbles, and form a ‘diamond ring’ around the Moon for a few seconds.

3 — Night during day: with the Sun completely blocked, the light has a crisp, silvery quality before everything goes dark for a few minutes.

4 — Solar Prominences: explosions on the Sun’s surface (Coronal Mass Ejections) can sometimes be seen around the edge of the Moon.
So do you still think you’ve seen a Total Solar Eclipse? If you haven’t, get yourself to the USA on August 21, 2017 to experience Totality; it’s nature’s most profoundly shocking event. 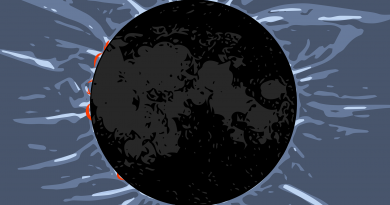 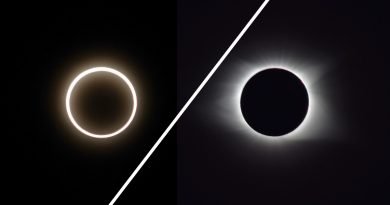