The Moon took a small bite out of the Sun, as seen from southern Chile and Argentina

Here are some images and video from the partial solar eclipse viewable from Patagonia in southern Chile and Argentina, the Falkland Islands, and the southern Atlantic Ocean.

Pictures I took today with my phone and a phototelescope! Still breathless at the beauty of the universe❤#astronomy #sun #moon #partialsolareclipse #galaxys8 pic.twitter.com/lVoirNmGiL

Here’s some video from a TV crew in Patagonia:

There are more photos here on EarthSky.org

During a partial solar eclipse the Moon appears to take a chunk out of the Sun. A smiley face crescent Sun is an event in its own right, but at no point does the Moon block all of the Sun’s light, so it never gets completely dark. However, it can be a deeply affecting event if the Moon covers anything more than about 85% of the Sun, especially on a clear day when daylight noticeably dips. How much of the Sun the Moon blocks will depend on where you are on the Earth’s surface, but at least some of a partial eclipse can be viewed from a track many hundreds of miles wide.

A partial eclipse is potentially dangerous to observe. It’s not possible to look at the Sun with a bite taken out of it unless you’re wearing special solar safety eclipse glasses. Some light cloud can offer a brief glasses-free glimpse of the event, but never view a clear partial solar eclipse with the naked eye.

The next partial solar eclipse – and a much deeper, more impressive one – will occur on August 11, 2018 and be best observable from north-east China and Russia, though northern Europe will see a 10% eclipsed Sun. More here. 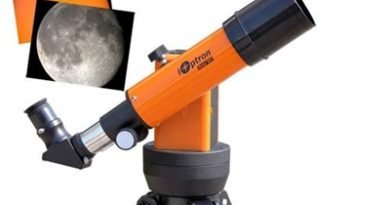