On August 21, 2017 millions of people glimpsed the solar corona during the Great American Eclipse. However, one astrophotographer from Australia managed to capture sunlight reflecting from Earth on to the New Moon’s surface. Here’s how he did it.

Where were you on August 21, 2017? If you were in the path of totality across the U.S., you will have glimpsed the sun’s majestic corona – its outermost atmosphere – shining around the moon as a delicate halo. What you did not see was the moon itself.

Only a New Moon can cause a total solar eclipse, but during that phase of its orbit the moon is invisible to us on Earth. However, one photographer that day managed to capture something truly remarkable.

Just nominated in the Insight Astrophotographer of the Year competition, Sydney, Australia-based Peter Ward’s ‘Earth Shine’ image from last August shows not only the solar corona, but details on the lunar surface.

Ward’s technique for capturing sunlight reflecting off the Earth and on to the moon’s surface is called Extreme High Dynamic Range photography, or XHDR. However, he had only two minutes and 19 seconds to get it done from his observation spot in the Grand Tetons National Park in Wyoming.

WhenIsTheNextEclipse: Where did you set-up to get this shot?

Peter Ward: About 12 miles north of Jackson, Wyoming, along Gros Ventre Road. The road ran parallel to the eclipse centerline.

WhenIsTheNextEclipse: How did you get the shot?

Ward: Many bracketed exposures. I had seen hints of the Lunar surface in previous eclipses. Jackson is around 6,000 ft. above sea level hence the sky transparency should have been good. I had intended getting some deep exposures from the outset and packed a Losmandy tracking head with high quality/high contrast optics for those exposures. As it turned out, sky conditions were excellent on eclipse day.

WhenIsTheNextEclipse: Did it take a lot of post-processing?

Ward: I ended up using around nine layers in Photoshop CC, with some layers also made from 2-3 combined exposures. Masking and processing was time consuming, many hours were spent in Photoshop, PixInsight, MaxIMCCD and Avistack.

WhenIsTheNextEclipse: Was this your first total solar eclipse?

Ward: This was my sixth total eclipse. My first was in 1974, with others in Ceduna, Tennant Creek and Cairns, Australia, the Sahara Desert, Antarctica, and Wyoming.

WhenIsTheNextEclipse: Are you planning to go to the next total solar eclipse in Chile and Argentina on July 2, 2019?

Ward: Probably not … the circumstances and weather forecast are not great.

WhenIsTheNextEclipse: The next eclipse will be very close to the horizon during totality. How does this change the approach for eclipse photographers?

Ward: Getting an iconic object in with the low altitude sun would likely make a great image, though finding that location prior to eclipse day would be a challenge.

WhenIsTheNextEclipse: Do you have any more general advice for eclipse photographers?

Ward: Practice changing exposure times (1/2 f-stop increments) and fully test your gear on the full moon (oddly enough it’s the same angular size at the Sun!) prior to the eclipse. Make sure you have a rigid tripod. Any vibration will blur the longer exposures. Get a work flow sorted and stick with it, with short exposures at either end of the eclipse, and deeper exposures in the middle. The eclipse will be over in what seems like the blink of an eye … thinking of which, make sure you take the time to look at the eclipse (and the surrounding horizon), other than in the viewfinder. It’s a fantastic sight.

A retired airline pilot, Ward’s astrophotography has won him over 60 awards, some of which will be published soon in his book ‘Glittering Prizes’. You can read more about his image here. 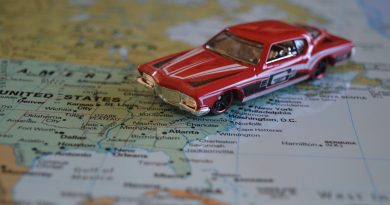 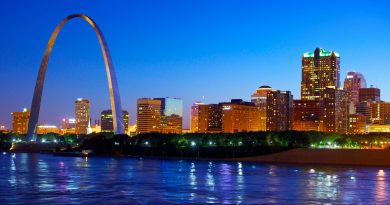 EXCLUSIVE: Missouri has lots of hotel rooms for the eclipse and they cost from just $116