A partial solar eclipse occurred on Friday 13 July, 2018, and there were plenty of photographers out to capture it.

Though it was at maximum a 22% covering of sun, lasting 1 hour 38 minutes in total, it was mostly visible from the southern hemisphere’s oceans. The greatest eclipse could be seen from East Antarctica near Peterson Bank, but we’ve seen no pictures from there yet. However, there have been images coming from Tasmania, from South Australia, and even from New Zealand.

Matt Wastell took a beautiful image of the partial eclipse using a Lunt LS60 H-alpha telescope, this time from Hobart while Peter Sayers contributed this one from Northern Tasmania.

NASA’s Astronomy Picture of the Day featured ‘A Nibble on the Sun’ by Padraic Koen, who took this spectacular shot of a slight 0.156% eclipse from Port Elliott, South Australia. 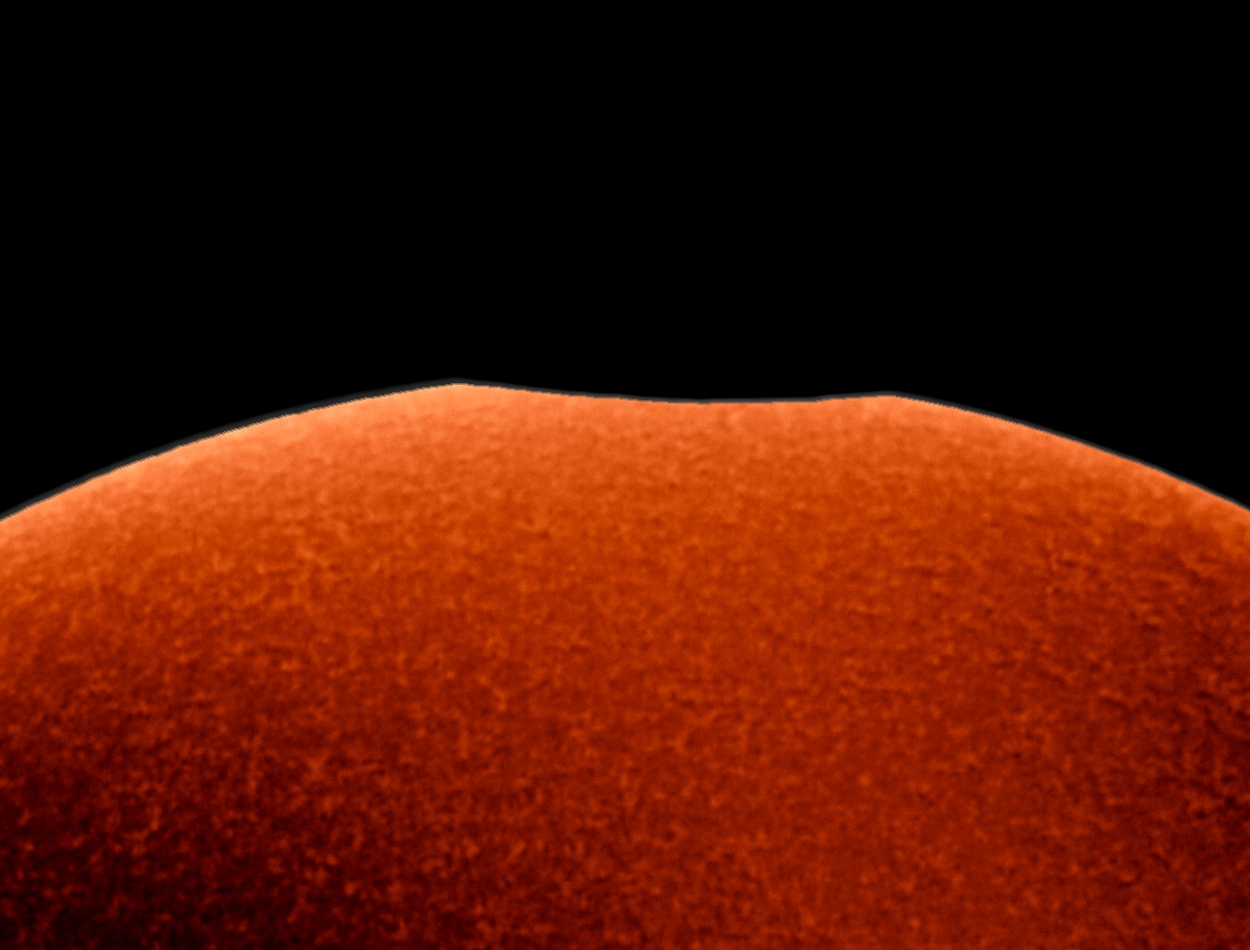 The Backyard Universe also posted images on Facebook of a similarly slight eclipse-chase from the Colonnades, Adelaide.

Noted eclipse-chaser Paul D Maley posted this image of a 2.3% partial eclipse from Melbourne, Australia. It was Maley’s 71st solar eclipse. “Sky was partly cloudy at the start of the brief eclipse and clouded over completely immediately afterward,” noted Maley.

Although New Zealand had a view of the only the slightest of eclipses, that didn’t stop some committed eclipse-chasers. Mirko Harnisch at Oban, Stewart Island, NZ took this image of a 0.24% eclipse. “Seeing this required leaving the mainland for Stewart Island, the only part of NZ to fall within the eclipse area,” writes Harnisch. “Impossibly small magnitude of 0.24%, low altitude of 10° and impossibly high likelihood of cloud made for a sufficiently daft undertaking 2 people so far are known to have embarked on.” However, Harnisch got a good view of the entire 10-minute event, as did Director of the Otago Museum, Ian Griffin.

During my Stewart Island solar eclipse expedition yesterday I set up my camera in hope of seeing a tiny partial solar eclipse pic.twitter.com/GCYJH85nGB

The next solar eclipse of any kind to occur on Friday 13th will be in 2080. However, there’s another partial solar eclipse at the next New Moon on August 11, 2018.