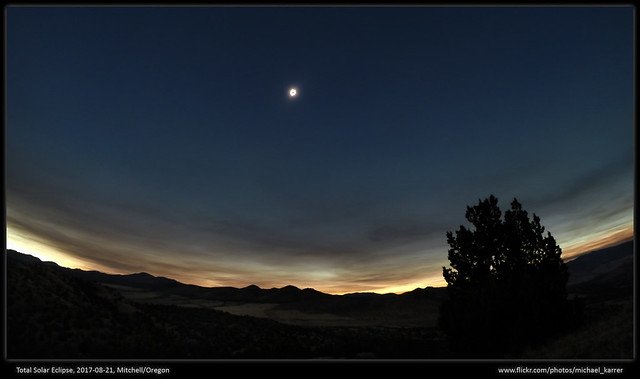 Want to grab a photo or video of totality, but don’t want to spend precious moments messing about with cameras?

Totality goes by so quickly. We eclipse-chasers wait for them for so long, and then they’re gone in a few blinks. All you really need are a pair of binoculars for the greatest-ever view of nature’s greatest sight. However, eclipses are so precious that many of us cannot resist the temptation to photograph them. For others, the thought of spending totality attending to a camera is abhorrent, but who doesn’t want a souvenir?

There is an answer. Cue-up a wide-angle video. Then just watch totality. “If you’re going to see your first eclipse, set up a wide-angle camera and just leave it running through the eclipse,” says Nick. “Then you don’t need to worry about it.”

Why take a wide-angle video

You can extract a frame later if you want a photograph, but by itself a video is a great way of capturing an eclipse. You can time-lapse totality, slow it down, and capture things other than the fine details around the Moon that you really need some serious equipment for (and a serious amount of dedication). “A wide-angle video shows so much during an eclipse,” says Nick James, a member of the British Astronomical Association who’s been videoing total solar eclipses for years. “It shows the moon’s shadow coming, the sun going into eclipse, and the landscape features around you.” Nick tends to take a couple of GoPros for this purpose. “They have wide field-of-view lenses and the latest models are very sensitive. Run them at a high frame rate – 60fps or 100fps – and afterward you can play them back in slo-mo, or speed them up.”

If you want to extract a single frame from a video, go for 4K resolution, but if you want a great video, prioritise frame-rate. “I would personally go for the lower resolution and the higher frame-rate, but it’s all about choice,” says James. If you have the latest GoPro Hero 7, which runs at 4K 60fps, there’s no need to make that choice, though most older/similar cameras will have Full HD (1080p or 720p) at perhaps 100fps, and 4K only at around 20fps. Either way, prioritise frame-rate for a smooth video, or resolution if you intend to extract a frame to produce a photo.

How to focus the camera

GoPros have fixed focus lenses, so this is not an issue for them. However, if you plan to use a DSLR, mirrorless or any compact camera (or smartphone), focusing is crucially important. “The key thing about videoing an eclipse is to make sure you use manual focus,” says James. “You can leave everything else on auto, but you must not leave it on auto-focus.” If you do, your camera will hunt around during totality and keep going out of focus, then snapping back into focus, ruining your video. “Focus your camera beforehand, automatically or manually, then lock the focus by switching to manual focus,” says James, who suggests that those with compact cameras can set them to infinity focus (the preset is very often a picture of a mountain).

How to set the exposure

This applies to all kinds of cameras for videoing an eclipse. “Set them so that they’re on auto-exposure, but set them so they underexpose,” says James, who recommends setting a couple of stops under so that it won’t blow-out the corona, and it will also record more detail during the dark sky of totality. “If you set it just under you will get more detail in the corona, and you can push up the sky and the background later,” says Nick.

“Get a cheap six-inch tripod then put it about 20 metres behind where you are observing and you’ll get you and your friends sticking their hands up in the sky during totality,” says James. “The key thing about the eclipse on July 2 is that it’s going to be low in the sky,” says Nick. “It’s going to be perfect for wide-angle shots because when the sun is low down and you can get the horizon in the foreground some stunning horizon features, so try and get it with something interesting in it – like people silhouetted while they’re looking at the eclipse.”

“Even a phone on a little tripod can take great video through the eclipse,” says Nick. “Stick it on a tripod about 10 metres behind you looking towards the eclipse and just record the video – you get the sound too. ” 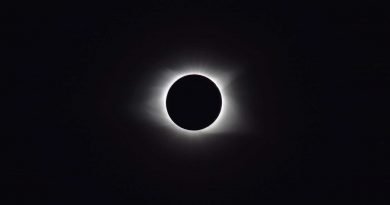 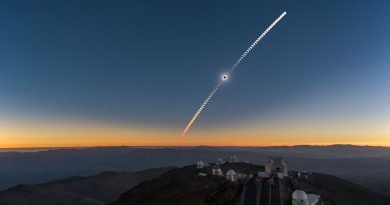