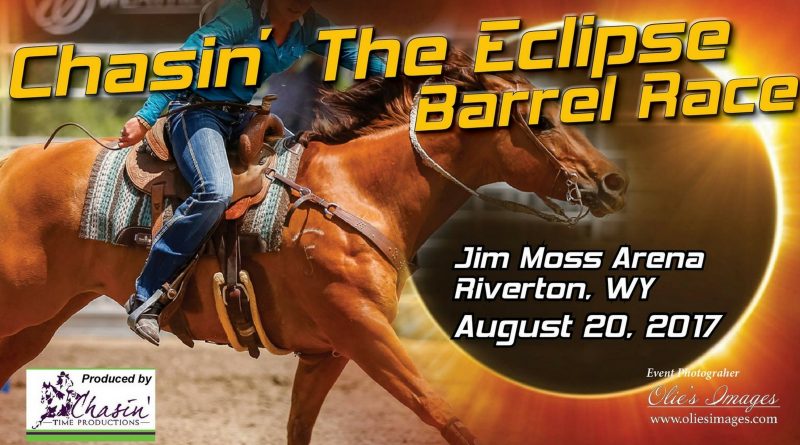 Eclipse 2017 at the JMA promises a stunning views and the Chasin’ The Eclipse Barrel Race!

Eclipse-chasing is all about catching-up with that Moon-shadow, but near Riverton, Wyoming this August there’ll be plenty of speed on show before the celestial line-up on August 21.

Eclipse 2017 at the Jim Moss Arena (500 Eight Mile Road, Riverton, Wyoming, 82501 – here’s a Google Map) will stage a ‘Chasin’ The Eclipse’ barrel race on Sunday, August 20, the day before the USA’s first Total Solar Eclipse since 1979. “A barrel race is a timed event with a horse and a rider,” says organiser Paulette Moss (paulette@thewrangler.com, (307) 851-9854). “Three barrels are placed in a cloverleaf pattern in an arena. The clock is started when the horse runs across the start line, which is also the finish line,” she says. “Fastest time wins.”

The action starts at Noon on August 20, and there will also be old-time Western games for the whole family, including popular sack races and boot scrambles. And for the main event the following day, the JMA’s geographical position is hard to beat. “We’re located directly in the path of totality with unobstructed views and stunning views of the Wind River and Owl Creek Mountain ranges,” says Moss.

The JMA will also be hosting RVs and camping on its vast site for $100 per night. “We have limited RV spaces with electricity and water, but unlimited spaces for dry camping,” says Moss. “There is no limit to the size of your RV and you can request a spot with a fire pit, complete with plenty of firewood.”

Wyoming is one of the best places on the Path of Totality to watch the eclipse. Historic weather data from the U.S. National Climatic Data Center show that Riverton is overcast only 8% of the time on August 21, and that on average there is a 0% chance for scattered clouds. “We have wide open spaces, our skies are clear, and the stars are beautiful!” says Moss.

No wonder that the Riverton area is expecting about 10,000 people for USA eclipse 2017.

How to go glamping in Western wagons for the eclipse 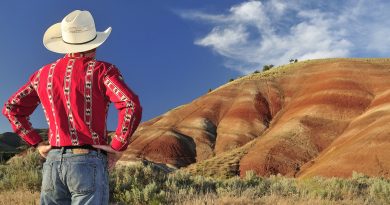 How to watch the eclipse from a US National Monument