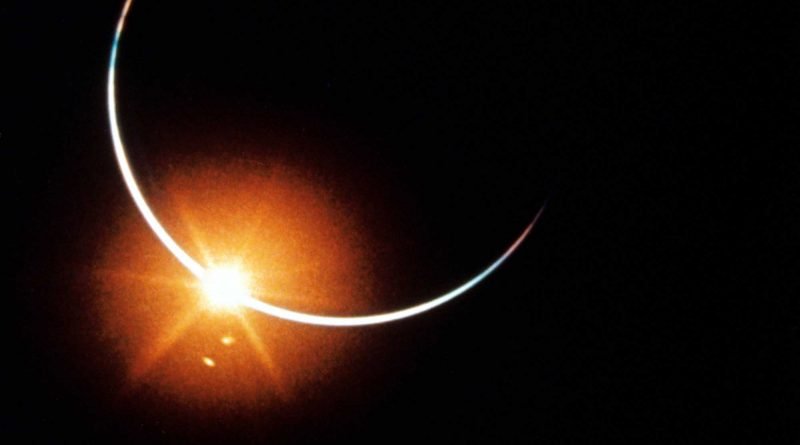 Conrad, Bean and Gordon experienced a totality caused by Earth during their return journey

Apollo 11 still gets all the attention, but there were five other very successful missions to the moon in its wake. None more so than Apollo 12, which achieved a bunch of firsts. From lunar module Intrepid’s precision landing in the “Ocean of Storms” and (some) color TV footage to its astronauts Alan Bean and Pete Conrad moonwalking over to say hi to Surveyor 3, one of NASA’s robotic probes already on the lunar surface just yards from the Intrepid.

However, one of WhenIsTheNextEclipse.com’s mission highlights has to be this stunning view of a total solar eclipse, which the crew filmed in color on November 21, 1969 on their way back to Earth. This photograph was taken with a 16mm motion picture camera during its trans-Earth journey home as Earth moved directly between the Sun and the Yankee Clipper command module.

“Fantastic sight,” said Alan Bean. “What we see now is … the Sun is almost completely eclipsed now, and what it’s done is illuminated the entire atmosphere all the way around the Earth.”

They also took a few images featuring camera malfunctions (below). 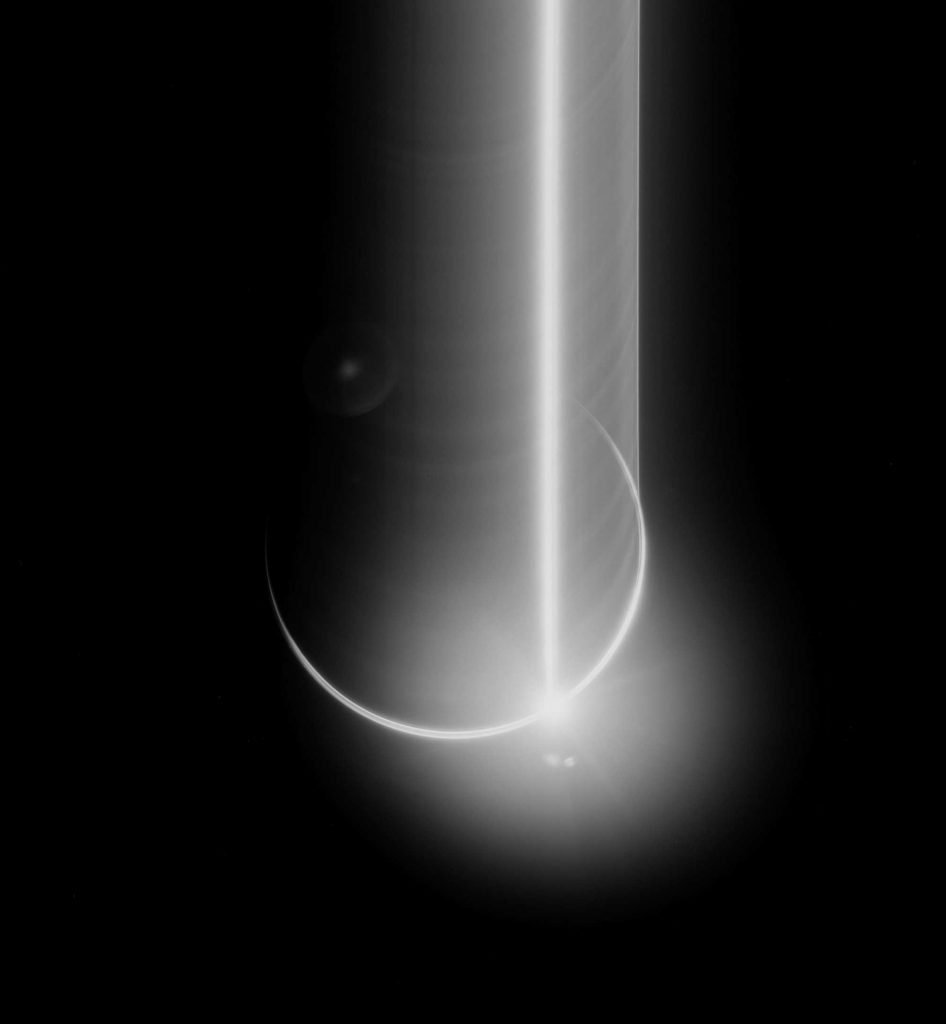 While they were, the crew also took these images (below) of an ‘almost’ eclipse of the Earth, taken at a distance of approximately 60 nautical miles orbital altitude above the moon with an 80mm lens. 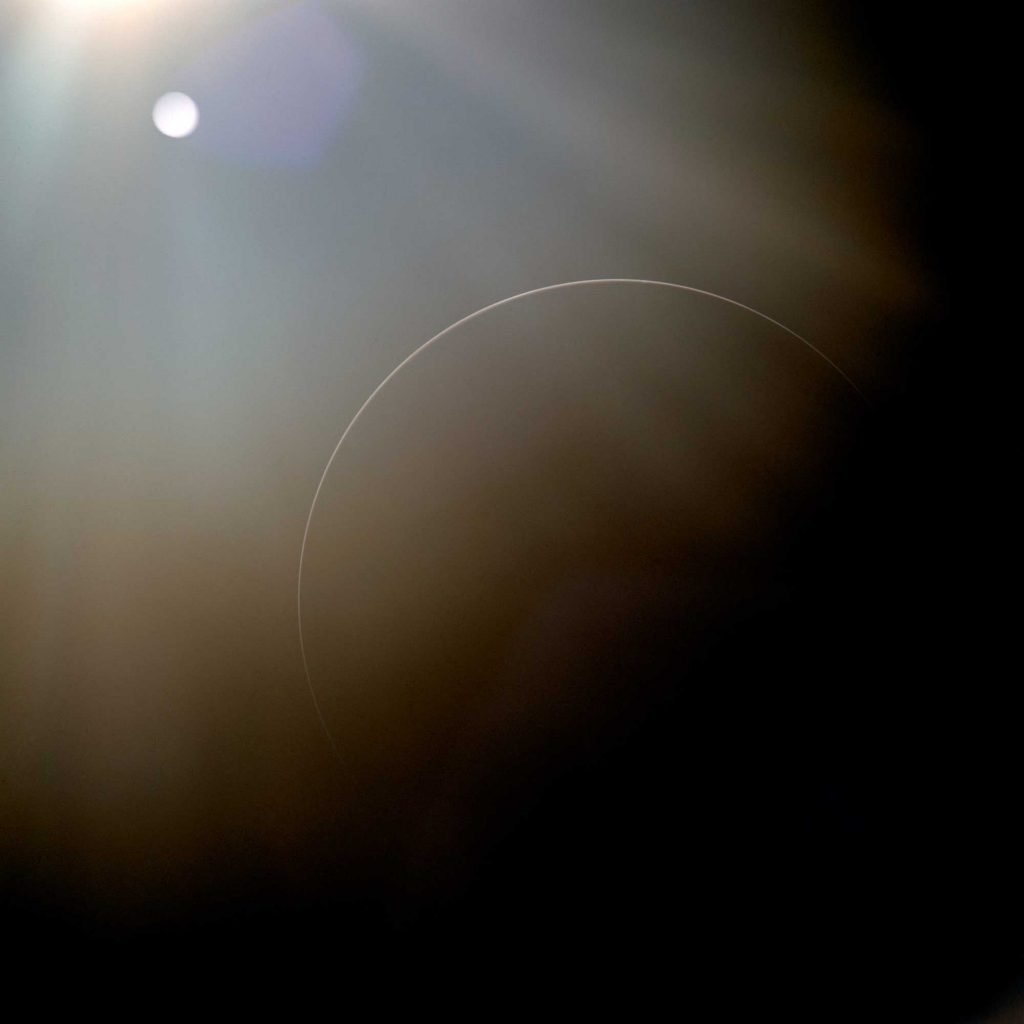 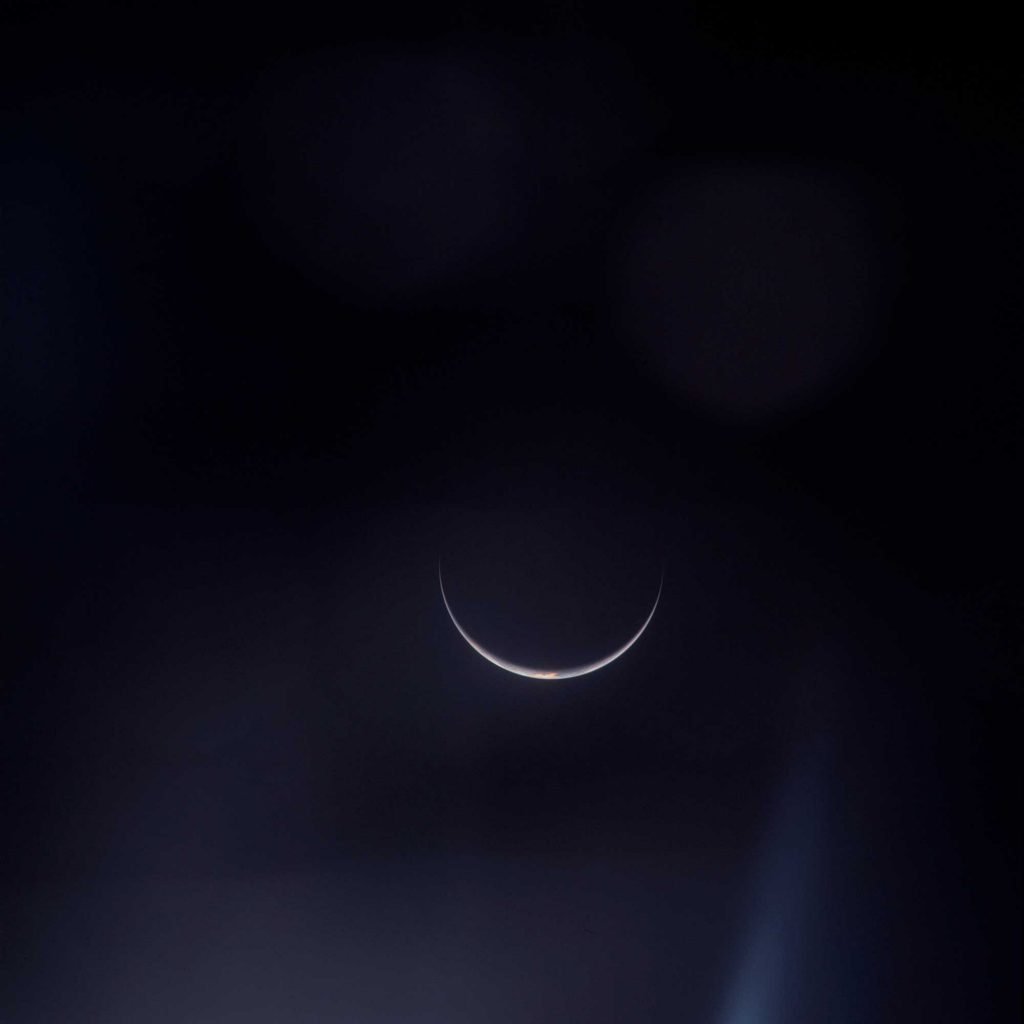 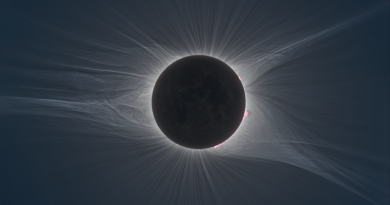 Is this the defining photo of the Great American Eclipse?