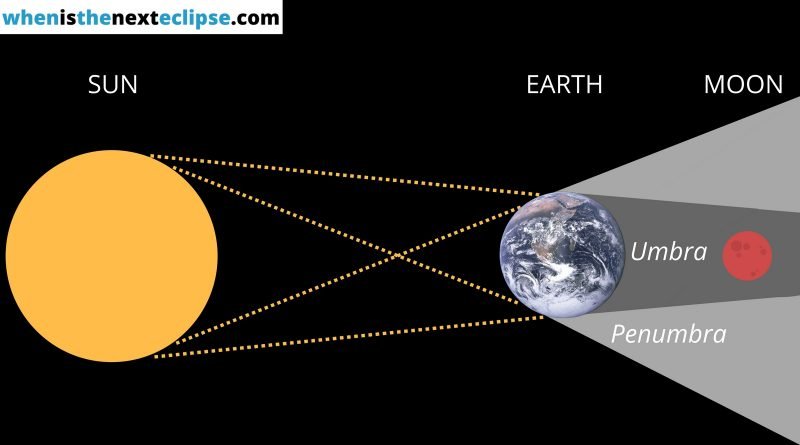 A copper, rusty, brown or orange Moon is an arresting sight – and that’s what you can see only during a Total Lunar Eclipse.

It happens because the Earth is between the Sun and Moon, which can only happen at Full Moon. It’s also called an Umbral Eclipse because the whole of the Moon fully enters the darkest part of Earth’s shadow (see the diagram above).

The spectacle of a Total Lunar Eclipse begins with what’s called a penumbral eclipse, as the Moon crosses into the Earth’s lighter shadow. It loses its usual Full Moon brightness (this is the best time ever to take a photo of the Full Moon).

As it begins to enter the dark umbral shadow of Earth, one edge of the Moon begins to look pinky-orangey-brown, though not until the dark shadow has spread right across the lunar surface will it turn completely colorful. Once it has, that’s Totality, where Sun-light is being bent through the Earth’s atmosphere and on to the Moon.

That’s why a totally eclipsed Moon looks like a sunset – the physics is the same.

After about an hour of Totality, the process reverses, with the orange colour receding as the Moon exits the Earth’s umbra.

The spectacle of a Total Lunar Eclipse also very easy on the eyes; no special glasses are needed to view it safely, and you don’t have to travel because a lunar eclipse of some kind will be visible from where you live every couple years or so. 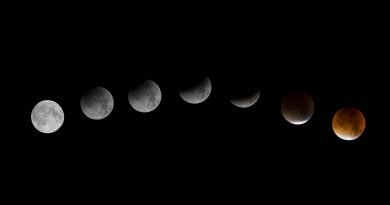 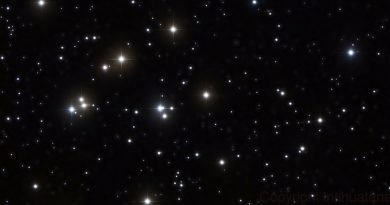 How to see stars during the total lunar eclipse 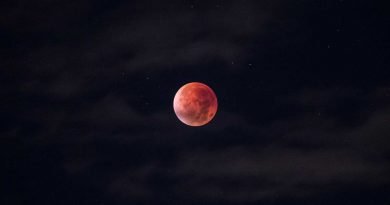