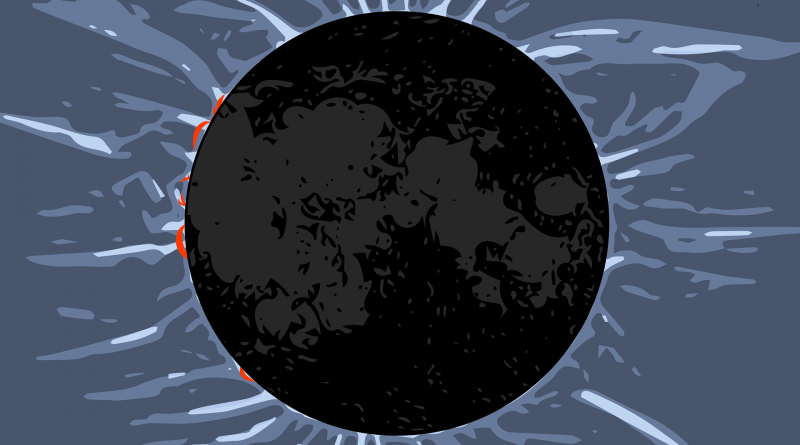 Eclipses now fascinate as natural and predictable spectacles, but throughout history paranoid humans have used their vivid imaginations to explain the sudden onset of darkness in the day

With humanity’s modern thorough understanding of orbital mechanics, we know scientists can easily predict eclipses. However, even when astronomers predict eclipses centuries in advance, people can still be unsettled by darkness in the middle of the day. So it’s no stretch to imagine that ancient civilizations looked for intricate ways to explain solar and lunar eclipses to their frightened people.

Ancient civilizations often created their own imaginative explanations that fit into their established mythology. Some ancient civilizations, such as the Greeks and Chinese, already had the advanced ability to predict eclipses, but this knowledge did not always pass down to the common people, leaving much room for superstition and speculation.

The ancient Greeks believed that an eclipse was a punishment and abandonment; the English word “eclipse” is derived from the Greek “ekleípō”, meaning disappearance. The Greeks (or at least those who were uninvolved in the scientific community) believed that an eclipse foretold the gods punishing the king. In the days leading up to an eclipse, they rounded up captives to substitute for the king, hoping that the real king would escape the cosmic punishment. After the eclipse, they executed the captives as a cautionary protection.

Chinese astronomers were able to predict eclipses by 206 AD, but the explanation for eclipses remained mythical for many centuries. According to the Chinese, the sun was eaten by a heavenly dog or dragon. The same dragon ate the moon during lunar eclipses. The Chinese word for eclipse is derived from “shi,” meaning “to eat.” To ward off the celestial dragon, the Chinese believed that people should bang on drums, pots, and pans to frighten it away. This folk tradition persists around the world today.

The Norse (or Viking) civilization believed that the sun and moon were pursued by two wolves, Hati and Skoll. Skoll and Hati tried to catch and eat the sun and moon, respectively. If Hati and Skoll both succeeded, it foretold Ragnarok, or the end of the world. As they did in China, the Viking people made noises to frighten the wolves and hasten the return of the sun or moon.

The Inuit civilization believed that the sun and moon were siblings. When the world was created, they fought amongst themselves and the sun, Malina, deserted her brother Anningan, the moon. Anningan pursued her, and when he caught her, he eclipsed her light. His pursuit also explained the cycles of the moon, as Anningan lost weight when he chased his sister.

Source: Afraid of the Dark? Why Eclipses Frightened Ancient Civilizations

In the Hindu pantheon found in much of ancient India, the demigod Rahu is responsible for eclipses. In a daring heist, Rahu took the nectar of immortality from the god Vishnu. Vishnu decreed that Rahu would lose his head. Rahu’s head (still filled with the elixir) remained alive while his body did not. Angry with the sun and moon who had told Vishnu to chop off his head, Rahu pursued them across the sky. When he caught them, he would eat them, but only temporarily as he had no arms to catch them and no stomach for them to rest in, and thus began the chase once again.

In the Mayan tradition, “star demons” were responsible for eating the sun and moon during eclipses. Mayans believed that the planets were the star demons, since they were visible in the sky during total eclipses. Imagery and stories depicted the demons as insects or snakes. The Lacandón, a people whose descendants live in the Mexican state of Chiapas, believed that eclipses would cause the earth to split, releasing jaguars that would devour people and lay waste to the land.

Source: When the dragon ate the sun: how ancient peoples interpreted solar eclipses

In a departure from most eclipse myths, the Batammaliba people of Benin and Togo believed that the eclipse represents a time to bring peaceful resolution to disputes. Foremothers Kuiyecoke and Puka Puka were so furious with squabbling villagers, they extinguished the sun and moon to frighten them. Contrite, the people stopped fighting and gave one another offerings as a token of peace.

Source: The Eclipse as Dark Omen

In the ancient Aztec civilization, an eclipse presented the possibility of the end of the world. If the solar eclipse (with an earthquake) ever fell on the date 4 Ollin, it would herald the end of the world. Since the Aztecs were skilled astronomers, they knew that an eclipse would not occur on 4 Ollin until the twenty-first century. If the eclipse was complete, they believed that demons of darkness would destroy the Earth. In Aztec myth, blood sacrifices were necessary to ward off disaster. Aztec myth also holds that eclipses are dangerous for pregnant women, a superstition that persists in some parts of the world today.

Source: The Demons of Darkness Will Eat Men, and Other Solar Eclipse Myths

Eclipse myths from around the world are fascinating snapshots of each ancient culture. Many eclipse myths feature a celestial being eating the sun or moon, an easy assumption to make when the eclipsing sun is viewed with a “bite” taken out of it. Eclipse myths persist around the world today, signaling how uncertain people can become when the things they usually pay little mind to are disrupted. Eclipses are fascinating points of attraction today, but they have historically highlighted the vivid imagination and even paranoia of humanity.

Olivia Warfield is a contributing writer and media relations specialist for American Paper Optics. She is an avid astronomy-lover, who traveled to the world’s largest dark sky reserve in Tekapo, New Zealand just to view the stars from the top of the Mt. John University observatory in 2017. She viewed the 2017 solar eclipse from Tennessee in the U.S. 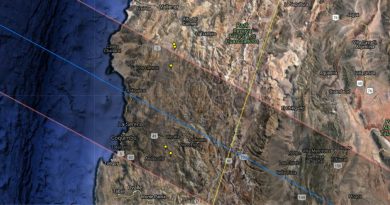 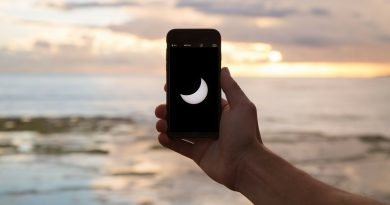