Eclipse-chasers will see a 360° sunset, so why not record it in wraparound virtual reality?

A Total Solar Eclipse in wraparound 360° virtual reality is not going to be as good as the real thing. But in 2017 it will be closer than ever thanks to advances in technology.

A slew of new 360° cameras are now on the market that can film not just in Full HD, but in cutting edge 4K in full wraparound panoramic mode. One of these cameras will enable you to capture more of the Total Eclipse experience than has ever been possible before, but why bother? Isn’t the Sun and Moon very small in the sky?

The answer is the Moon-shadow. As Earth’s rotation rushes towards the Moon-shadow’s point, it will look like the Sun is setting in 360° all around you, settling on a V-shape for Totality.

The advice? Get as high an elevation as possible to increase the spherical camera’s field of view, but, most of all, practice with these 360° cameras well ahead of the big event so you can set and forget’ and enjoy Totality. 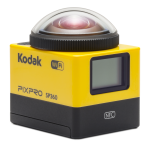 Almost like two action-cams mounted back-to-back, this cube camera has will capture the eclipse in 4K resolution. It can also be used to create time-lapse sequences, which could be ideal. 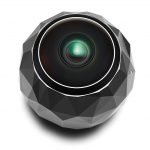 Another 360° action-cam that records in 4K resolution video, the 360fly can also be used to take wraparound panoramic photos. Using a single fisheye lens, it can also stream live 360° video online. 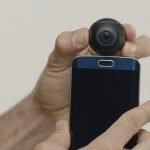 It had to happen: the #eclipselfie. What about capturing your own reactions when watching the eclipse? A ball-shaped camera about the size of a golf ball, Insta360 Air clips on to an Android smartphone. Wobbly, maybe, but it might be just what you’re after. Films in a slightly higher resolution than Full HD, and can live-stream to social media. 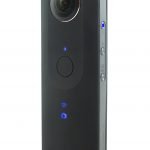 One of the easiest and most affordable options is the tiny Theta S, which has two fisheye lenses and can record 30 minutes of Full HD video. You can remotely control it using a phone app, and it has a tripod thread on its undercarriage for connecting to a tripod. It could be useful for a basic 360° souvenir recording of the eclipse.

With dual fisheye lenses, this ball-camera can stand independently, so you could put it a few feet in front of you and capture everything – Sun, Moon, shadow, 360° sunset, and you! Only the newest version – out this month – can capture video in 4K, so choose wisely (the model number is SM-R210). 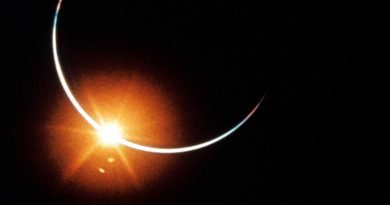 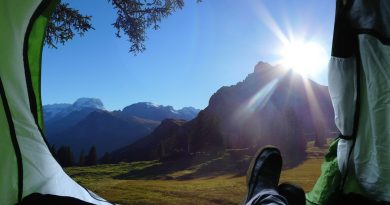 Five easy ways to find a campsite for the eclipse