US airline will host in-flight viewing party from Portland, Oregon in August

Alaska Airlines has announced that it will be chasing The Great American Eclipse on August 21 with a special charter flight for astronomy enthusiasts and eclipse-chasers to experience totality from 35,000+ feet above the earth.

The flight will depart Portland at 7:30 a.m. PDT and fly off the coast of Oregon, allowing guests on board to be among the first of millions to witness this phenomenon. The invitation-only flight is not commercially bookable, but Alaska Airlines is giving one lucky fan and a guest a chance to win a seat on the flight. The contest begins July 21 on Alaska Airlines’ social media channels (@AlaskaAir on Twitter & www.facebook.com/alaskaairlines).

Weather is the largest variable when it comes to eclipse-viewing, and the Pacific Northwest is more prone to inclement weather and overcast skies than other parts of the country. However, Alaska Airlines is making sure eclipse chasers on the West Coast have prime viewing conditions, above much of any potential weather or cloud cover.

Flying high above the Pacific Ocean will not only provide one of the first views, but also one of the best.”

“As an airline, we are in a unique position to provide a one-of-a-kind experience for astronomy enthusiasts,” said Sangita Woerner, Alaska’s vice president of marketing “Flying high above the Pacific Ocean will not only provide one of the first views, but also one of the best.”

“The Great American Eclipse is the first coast-to-coast total solar eclipse in United States history since 1918. It will be viewable first from above the Pacific Ocean, before appearing in Oregon and following a diagonal path across the country to South Carolina.

At the request of eclipse-chasers in 2016, Alaska Airlines adjusted its flight path to optimize viewing of a total solar eclipse over the Pacific Ocean. Passengers aboard the flight from Anchorage to Honolulu were some of the last in the world to witness the total solar eclipse.

Why you should record audio during the eclipse on August 21

Should you photograph the eclipse? 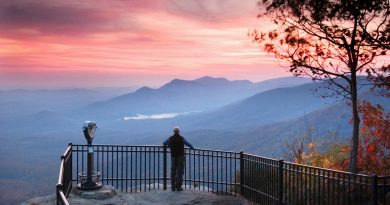